I love faerie tale retellings. The way authors can spin on beloved classics makes my heart sore. This is the first time I’ve read a retelling of Rumpelstiltskin.

The story is told primarily from the point of view of three women.

Miryem- the daughter of a not very good moneylender. Her father never wanted to collect anything to repay people’s debts. She begins to take over his job and make them profitable. Exchanging silver for gold, as it were.

Wanda- the daughter of the town drunk and abusive father. She is “sold” to Miryem in order to pay off her father’s debts. Working in the moneylender’s house in exchange.

Irina- the daughter of a duke. She has some faerie blood in her from her mother, but his does not save her from her father’s lack of interest in her life. Irina is left alone and forgotten until she is “needed.”

These women are told in such detail with a lot of character development and history.

Miryem is Jewish, which was enlightening to read about. The persecution of her people was found throughout the novel, as well as her drove to become more than what other believe her capable of being. Miryem is highlighted as being able to change Silver to Gold, which attracts the attention of the Staryk, the winter fae. After completing three tasks for him, the Staryk King takes her away to his kingdom as his queen.

Wanda struggles in her fight against her father’s cruelty and the kindness she receives from Miryem’s family. When her father is killed in an accident involving her brothers, Wanda and her brother must flee the town. They find a cabin in the woods that keeps them safe, and happens to stand in the barrier between their world and the Staryk lands.

Irina is forced by her father to marry the tsar. She discovers that her new husband made a deal with a demon of fire. Using her fae blood, Irina is able to escape to a little cottage in the Staryk lands for protection.

The lives of Miryem, Wanda, and Irina continue to intertwine in this beautiful narrative flush with magic, legend, and a hint of romance.

The entire story revolves around the idea of paying off your debts. With the representation of Rumpelstiltskin changing as the story continues.

I greatly enjoyed this book. It’s was my first time reading anything from Naomi Novik, and I must say I can’t wait for the next book of hers that I pick up. 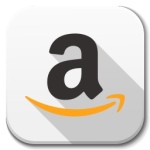 Julie's ReaderRank
Julie has reviewed 411 books with an average rating of 3.934 out of 5.
237 people have found Julie's written reviews to be helpful on Goodreads.
See more...